“Last June, the video artist and composer Romain Kronenberg created one of the most beautiful thing that was seen lately”. Emmanuelle Lequeux, excerpt from “The most beautiful artworks of 2019”, in Beaux-Arts N°426, December 2019.

VIDÉO – A fragile tension is the completion of a process made of several steps, that first consisted in the making of two invididual artworks : Nothing but earth, drier and drier and The shape of its body with the excess of dust. Conceived as a diptych, this work puts side by side two situations and two territories as the countershot of each other : a man who left aboard a cargo ship in search of a new world, two men who stayed behind waiting for the scout to show the way ; a cargo ship on the high seas, an arid land ; two kurdish speaking men, a french speaking man ; but the same radio transmitter that allows for contact that slowly gets lost, and most of all a shared stake, universal : the necessity to believe.

We listen. We observe. One and the same gesture films and speaks. One same image emerging from the backdrop and then sinking within it.

Within it ? What, exactly ? the backdrop ? the faces ? the images ? the words ? the thoughts ? even to the bottom of this name, which seems crafted by way of myths, legends, and memorial fables: Romain Kronenberg, the empire of the crowned mountains. Much like a word obstinately whispered and mumbled by a lost voyager. 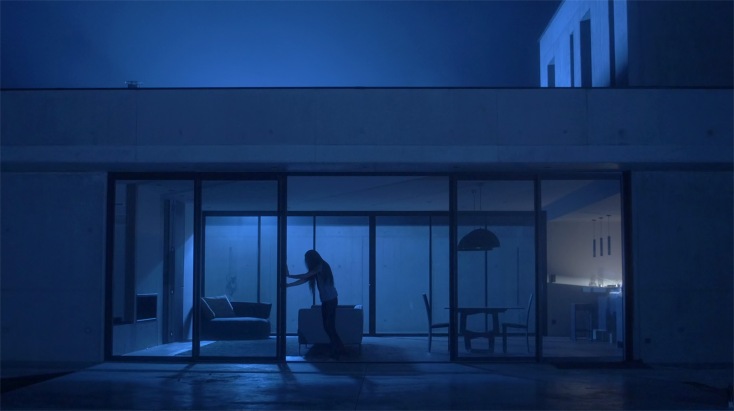 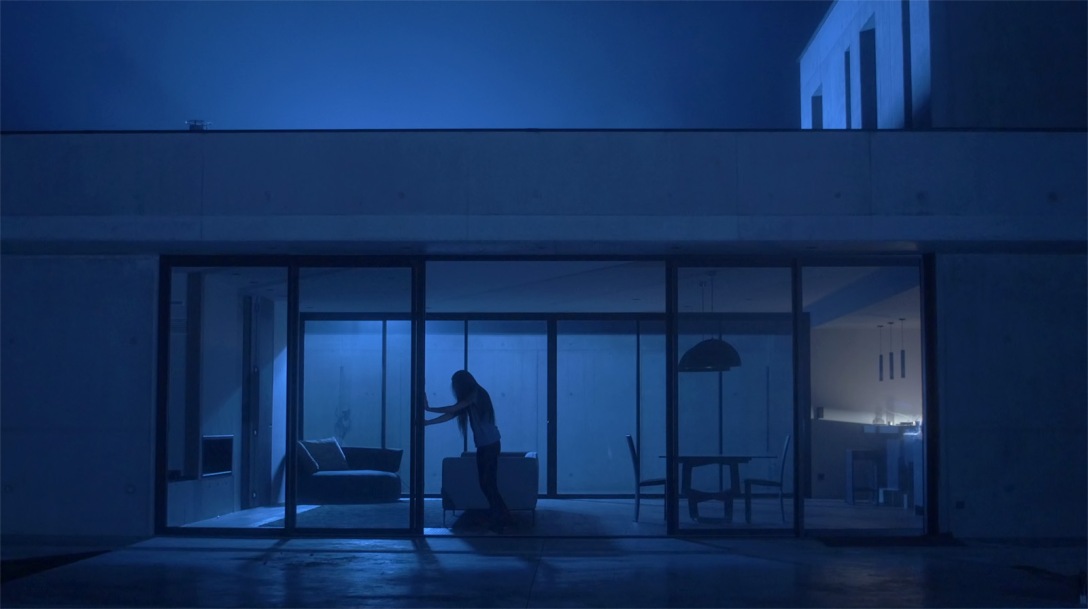 FILM – A symbiotic love unites TWO with ONE, two women living a contemporary house plunged into an infinite night. Day after day, terrifying and cosmic dreams disturb TWO’s sleep. As a result, the whole house gets shaken. First, ONE tries to reassure TWO. But she soon understands that the drawings she secretly produces and that prepare a radical action she’s about to commit are behind the dreams devastating TWO. Despite her love, ONE achieves her project. Under the gaze of her beloved passing away, ONE gives birth to the daylight, and dies in her turn, irreconcilable with the world she just let emerge and that announces humanity. 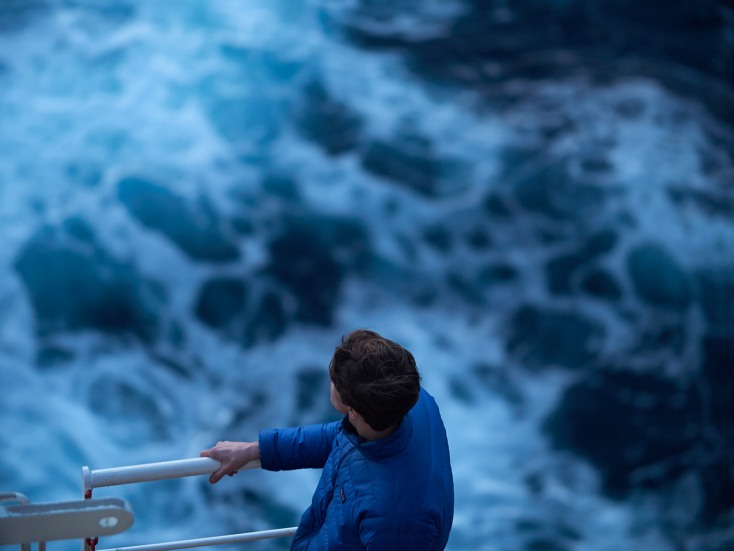 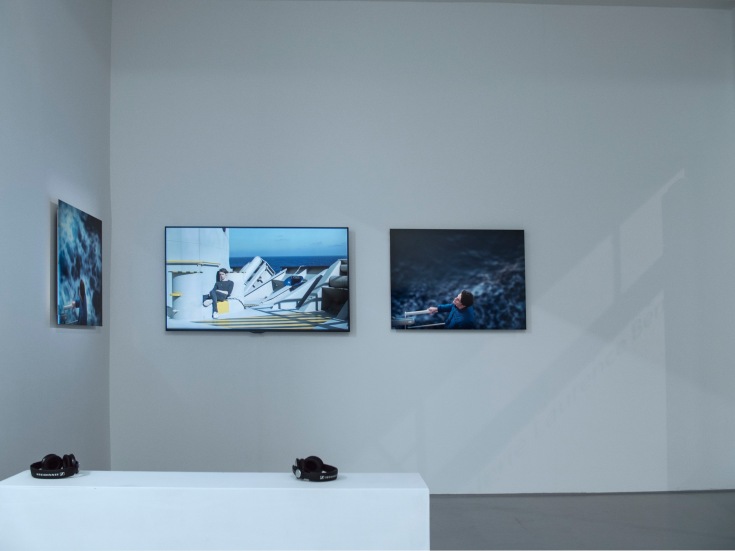 FILM – (english title : The shape of his body with the excess of dust) A young man is traveling on a cargo ship, crossing the oceans. Thanks to a radio, he keeps the contact with some men that he met on the road, soon after he went into exile. He tells them the decline of his motherland, that was set to fire in the hope of freeing inhabitants from the Myth become devitalised. Soon, any radio transmission is lost ; the distance is getting too long. From now on disconnected and lonely, the main character embarks upon a long monologue taking the shape of a poem where he evokes torpor and hope, past and future, the map and the compass symbolised by the ocean that the movement of the cargo ship splits in a trail of froth. 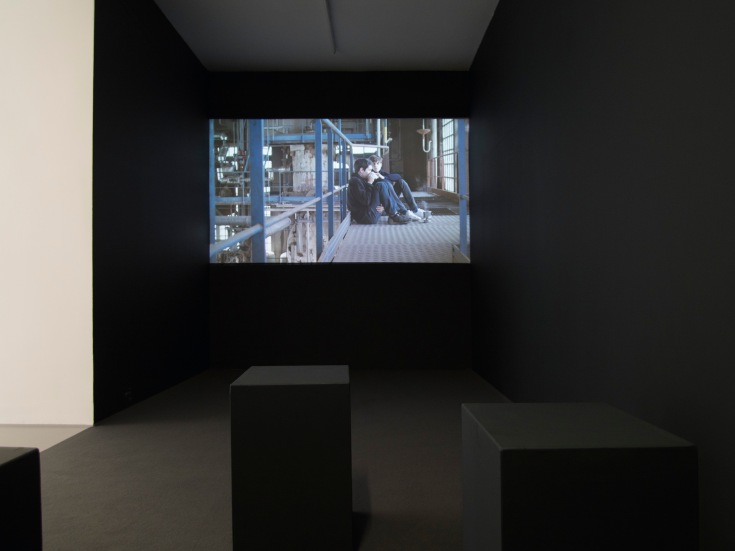 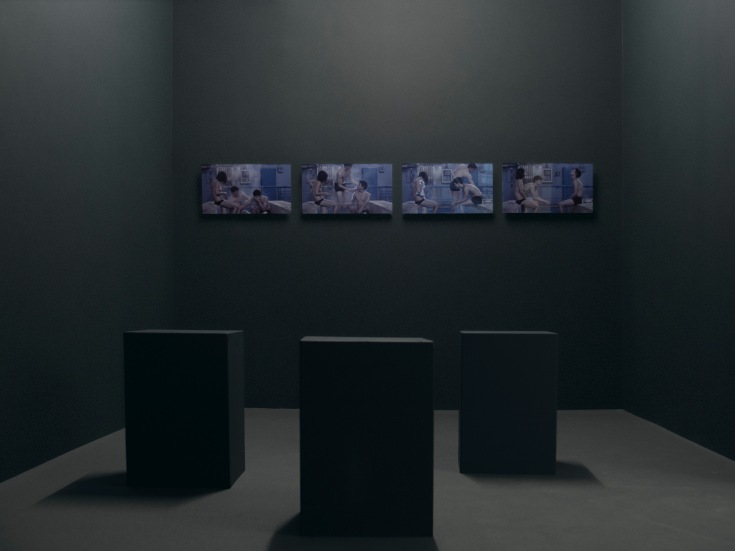 FILM – (English title : To the regions lying beyond the seas) In a disused factory, between metallic tanks, pipes weaving along the walls, gangways and countless windows overlooking the sky, a man and a woman welcome their son back home. They wash, eat and don’t speak much except at night when, to help him get to sleep, they tell the creation of the world, the birth of gods, the birth of the son, and men, and the tie between these entities whose balance they disrupt, out of love and until abandon. 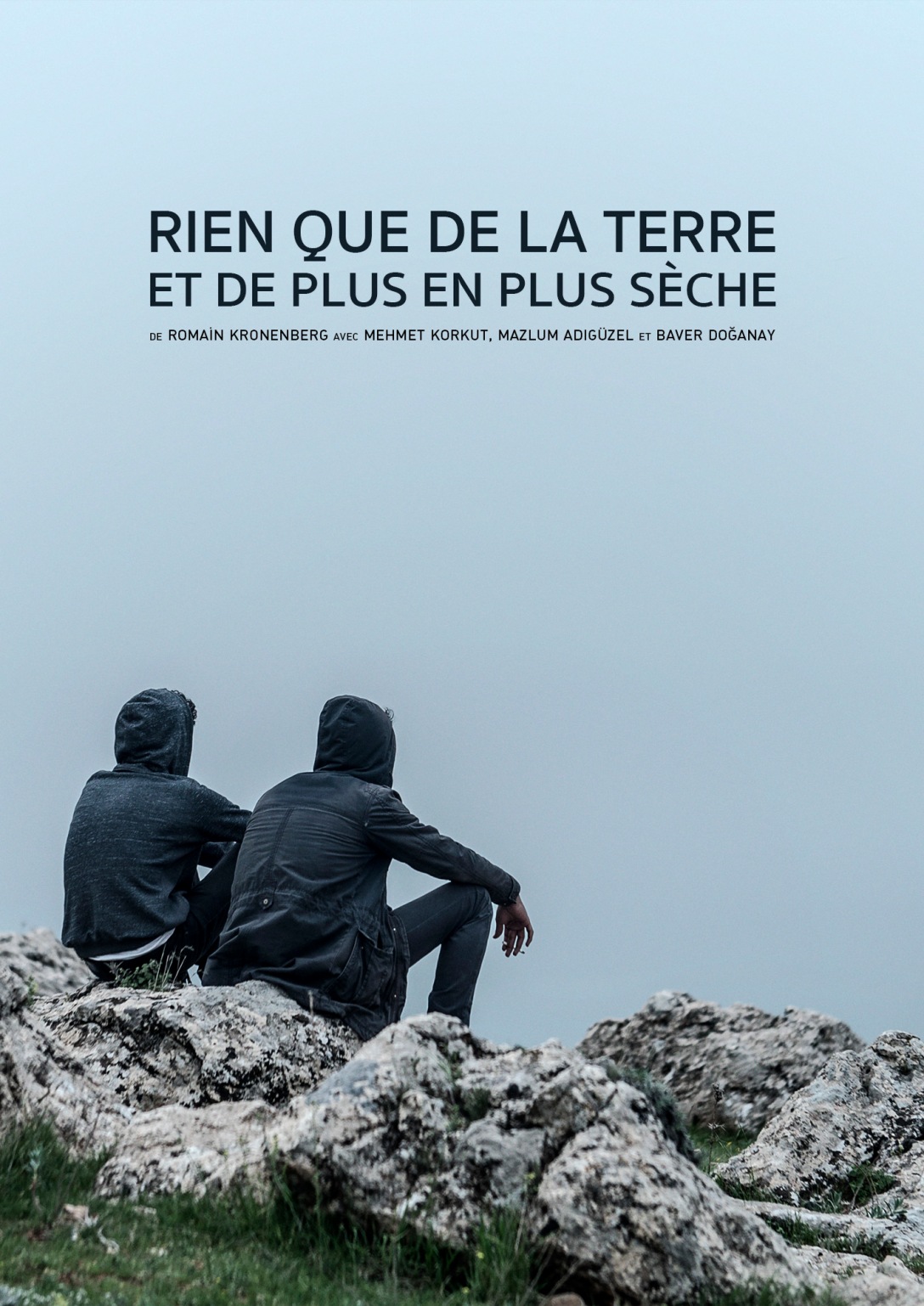 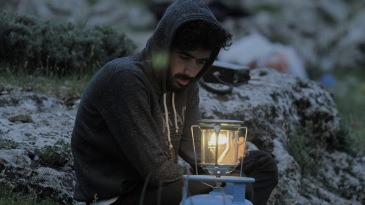